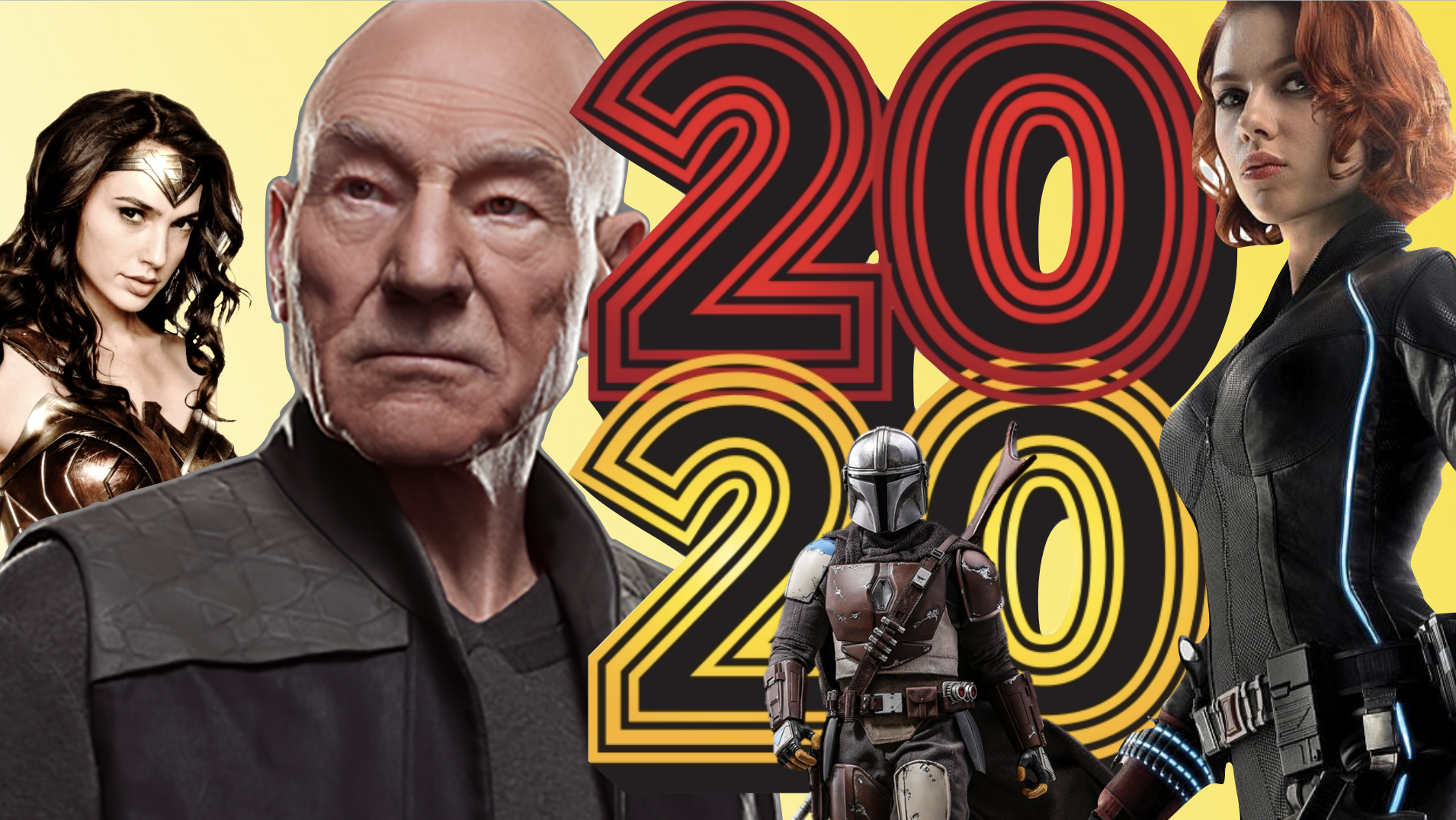 We thought about making a lot of end-of-year lists about the year that was 2019—biggest box-office, most impressive ratings, the most convention attendees, and all that jazz. Because, let’s face it, 2019 was definitely one for the record books…. it produced the biggest movie release of all time: Avengers: Endgame now stands at $2.79 billion worldwide. 2019 finished the biggest TV drama of all time—Game of Thrones. And it concluded the most popular space saga of generations—Star Wars: The Rise of Skywalker. And that’s just the tip of the iceberg. This year was so big, so successful, and so all encompassing, it’s hard to imagine how 2020 could possibly top it.

Of course, perhaps “topping it” isn’t the point. Couldn’t we just be happy with “continuing the winning streak”? Because when it comes time to gather up and head to San Diego Comic-Con, New York Comic Con, DragonCon, or any of the myriad other fan conventions flourishing across the country and world, the things most of us gravitate to aren’t necessarily the “coming attractions.” Nope. Most of us find ourselves celebrating beloved franchises, some that have been going on for many, many years. In a year that follows the biggest geek-tastic year of all time, maybe the magic word is “nostalgia.”

In the “Star Wars debates,” the word “nostalgia” is actually a divisive term used to draw a very clear line of demarcation between two sides of the battle: the original trilogy fans and the new trilogy fans (the prequels don’t really figure into the debate as much—although it does have its fans!). But let’s put that aside for now and embrace nostalgia for what it can be: a unifying force that brings fans together from across the world. Anyway, whether we look ahead or cherish the past, what can we expect in 2020? 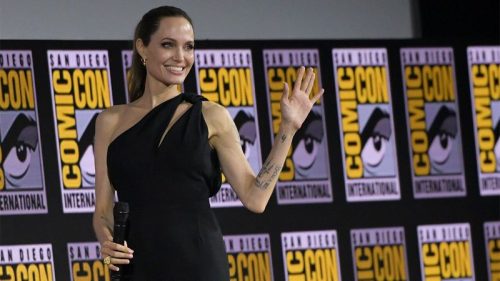 FILMS: From Marvel Studios, we’re getting Black Widow (finally!) and Eternals. I doubt either of these films will come anywhere close to the box-office heights of Endgame or Captain Marvel, but I, for one, can’t wait to see Natasha kicking ass again. Or see Angelina Jolie joining the comic book world again. (Fans will remember that she already played an assassin in the comic-book adaptation WANTED back in 2008).

On the DC side of things, this year is promising some better fare than years past…. Wonder Woman 1984 is sure to emerge as one of the premiere action films this year. But don’t underestimate Birds of Prey (and the Fantabulous Emancipation of One Harley Quinn), which comes out February 7 and promises to jump-start the year. Margot Robbie’s Harley Quinn was the best thing to come out of the ill-planned Suicide Squad (James Gunn can do it better!). Midsummer will the see the return of fan-favorite Ghostbusters, a direct sequel to the 80s films. Even Bill Murray is reportedly involved! On a high level, here’s a roundup of the biggest films to be on the lookout for this year: Fast and the Furious 9, Top Gun: Maverick (remember Tom Cruise’s appearance at last year’s Hall H at San Diego Comic-Con). Christopher Nolan’s big-budget Tenet. There’s also Sonic the Hedgehog, A Quiet Place Part II, Mulan, No Time to Die, Bob’s Burgers, Jungle Cruise, Bill & Ted Face the Music, Halloween Kills, Godzilla vs. Kong (if this date sticks), and a brand-new Dune. 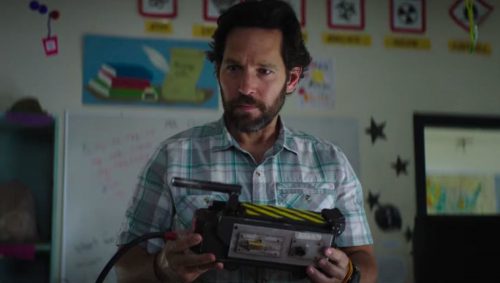 STREAMING: There’s probably no bigger story in entertainment right now than the onslaught of the STREAMING SERVICES. First there was Netflix, which has grown into the biggest player in the room. Next was Amazon. And Hulu. CBS All Access. Youtube. And now Disney+ has upped the ante. As has Apple+. This year we should see HBO Max from Warner Brothers, and Peacock from NBC/Universal. In a world of extreme “chord-cutting,” and ditching cable, these streaming services are—for all intents and purposes—the “new cable.” Here’s some of the shows to be watching.

The Falcon and The Winter Soldier
Set after the events of Avengers: Endgame, the new series from Marvel Studios will follow  Falcon (Anthony Mackie) and the Winter Soldier (Sebastian Stan) as they up for new adventures in the Marvel Cinematic Universe.

The Mandalorian
Jon Favreau’s love letter to Star Wars has become one of the most successful (if not THE most successful) streaming series of all time, and it returns (with Baby Yoda) later this year. 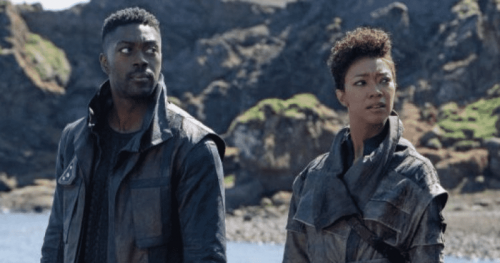 Star Trek: Picard
Patrick Stewart reprises his role as Jean-Luc Picard in the CBS All Access series that explores what happened to the beloved character since The Next Generation wrapped.

Star Trek Discovery Season 3
The crew of the Discovery has been hurled 900 years into the future, the furthest final frontier the franchise has ever explored.

Locke and Key
Hulu and Fox both took a shot at adapting the magic-soaked comic book by Joe Hill and Gabriel Rodriguez but it took Netflix to finally bring it to the screen.

Jupiter’s Legacy
A dynastic tale of superheroes that sees a new generation of capes fight to escape the shadow of their legendary predecessors.

The Haunting of Bly Manor
The gothic horror of Henry James’s classic novel The Turn Of The Screw, it’s the tale of a governess, two deeply spooky kids and a home filled with unspeakable dread. The Haunting of Hill House cast returns, now playing new characters.

Chilling Adventures of Sabrina, Season 3
More Satanic adventures of the teenaged witch are on the way.

Omniscient (New series)
A dystopian, sci-fi series where everyone is intensely monitored that follows a woman who witnesses a murder on a surveillance camera, and proceeds to investigate on her own.

The Boys Season 2
Once again poking the diseased underbelly of superheroics, Amazon promises a second serving of blood, F-bombs and ultra-violence.

See
The show takes place in a future when the human race has lost the sense of sight, and society has had to find new ways to interact, to build, to hunt, to survive.

For All Mankind
The series dramatizes an alternate history depicting “what would have happened if the global space race had never ended” after the Soviet Union succeeds in the first manned Moon landing. From Ron Moore of Battlestar Galactica fame!

Untitled “Battlestar Galactica” Reboot
The latest look at the battle between Cylons and humans is not a remake of the 2004 series, but rather a new story within the mythology while staying true to the spirit.”