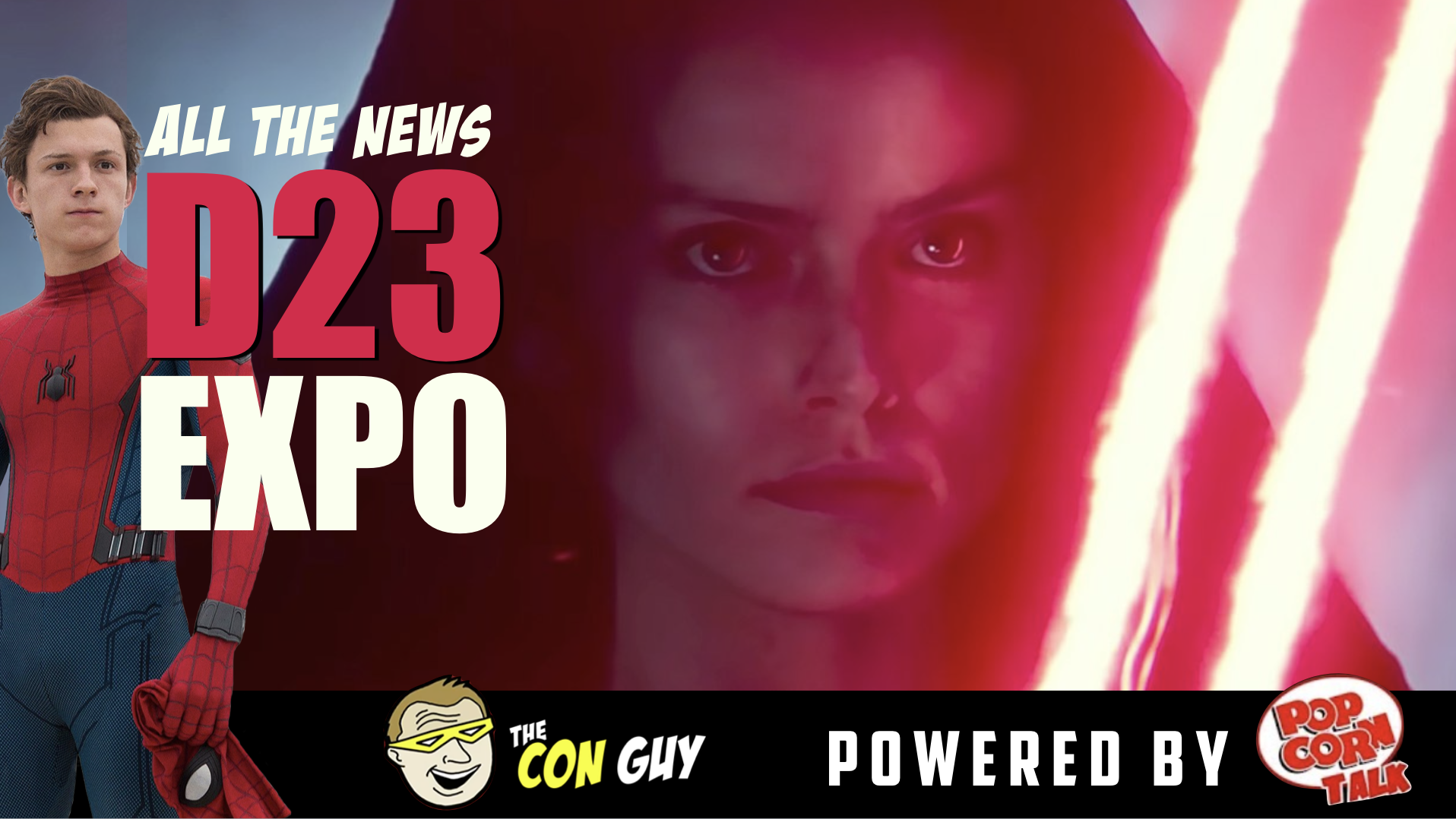 D23 Expo has definitely joined the big leagues now. Only ten years ago, the quaint convention from Mickey Mouse showed up on the scene, providing a nice little space for Disney superfans to geek out. But now ten years later, D23 has become a force to be reckoned with! And considering that Disney owns “the Force” studio (Lucasfilm)–not to mention Marvel Entertainment–D23 Expo has emerged as one of the biggest showcases for pop culture in the country. Marvel, Star Wars, Pixar, Disney, not to mention 21st Century Fox–it was all here! And it was definitely a weekend for drama, the biggest news being that Marvel and Sony were breaking up with poor little Spider-Man hanging in the balance! The newest trailer from Force Awakens dropped. And lots more. Check out this week’s show, right here: