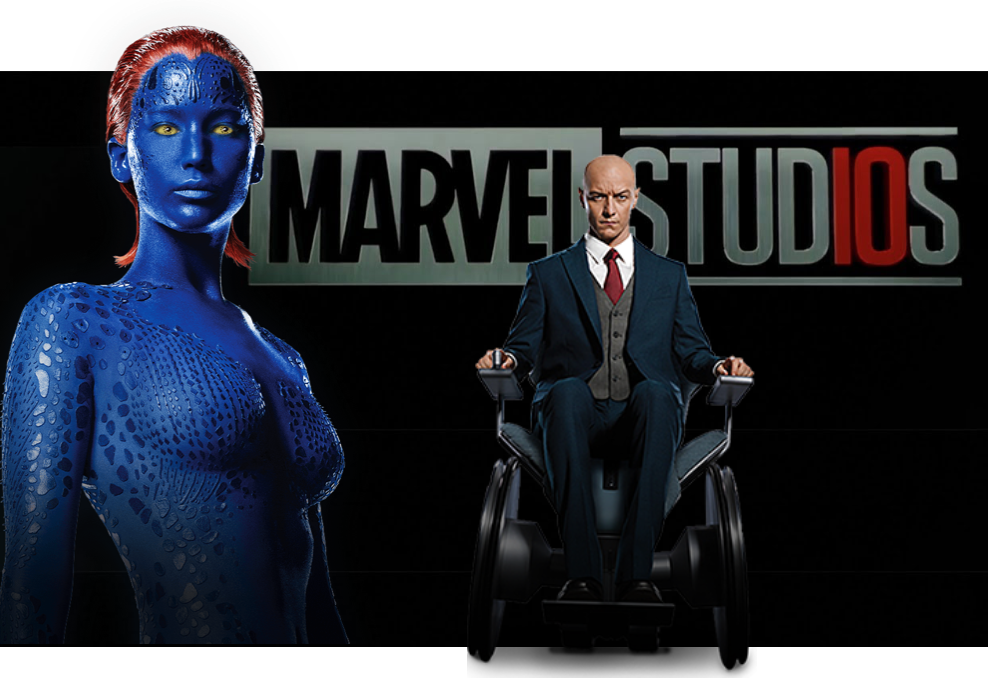 According to a Variety interview with Marvel Studios President Kevin Feige, he’s been told that the X-Men and Fantastic Four properties might be ripe for development as soon as early 2019. His direct quote is, “We’ve been told it’s looking very, very good and could happen in the first six months of next year… The notion of the characters coming back is great. It’s nice when a company that created all these characters can have access to all those characters. It’s unusual not to. But in terms of actually thinking about it and actually planning things, we haven’t started that yet.” Full Variety article here.

This has been Feige’s–and Marvel Studios’–dream for quite some time: to create the same type of shared universe that has existed in the comic book world for years, where all the Marvel characters criss-cross into each other’s films, help each other out, and don’t get held back by “ownership rights.” The one lone Marvel superstar who will then be outside the fold is Spider-Man, who currently lives in the “friendly neighborhood” of Sony Studios. Spider-Man Homecoming was an example of Sony working with Marvel Studios on a joint production, which enabled both studios to share the web-slinger. We heard that the agreement was that Sony got to keep all the box-office, and Marvel (and its parent company Disney) got to keep all the merchandising rights. And as we all know, nobody can merchandise like Disney. That said, you can bet Disney boardroom discussions have floated the idea of backing up the money truck to the gates of Sony and buying Spider-Man outright. But so far, nothing has happened–and as long as Peter Parker and Co. keep making money for Sony, you can bet that Spidey will remain a minor player in the MCU while he stays high atop the Sony marquee.

THAT SAID, the fact that the X-Men and Fantastic Four are back in Marvel hands is absolutely cause for celebration. And before we go any further, let me say right up front that I was personally very opposed to Disney gobbling up 20th Century Fox… the death of 20th Century Fox as a standalone studio is sad. It has so much history (Star Wars!)…(Actually, speaking of Star Wars, now that Disney, aka, Lucasfilm, is in the same company as 20th Century Fox, could we please add the Fox fanfare back to the front of the current Star Wars films?). But having all the Marvel heroes together under one roof carries so much potential–it’s hard to imagine what Feige and Company will do with Fantastic Four. With GALACTUS! With Megneto. With all of it.

Let’s keep our fingers crossed that Fox’s Dark Phoenix film is good. The trailer looks super-promising. It is interesting, though, that the music to this trailer begins with the words, “This is the end, my beautiful friend.” A fitting epitaph to both Jean Grey (again) and to 20th Century Fox’s Marvel films.

Another thing to consider, as well, is that all the Fox Marvel properties will now be making the Comic-Con rounds together…. which means that 20th Century will no longer have a separate session in Hall H. It will no all be scooped up under the Marvel Saturday night session. OR, does this mean that 20th Century Fox will be finding a new home at D23 Expo (this year in August) instead of San Diego or the other conventions? Time will tell, but I suspect that with such a giant stable of films, Marvel/Disney/Lucasfilm will continue to spread the love. (Star Wars Celebration hasn’t been folded into D23, thank goodness).

But here’s the upside: going forward, fans can expect the same level of care, skill, and wham-bam pizzazz that has elevated the Marvel Studio films far above any other hero-based films out there.