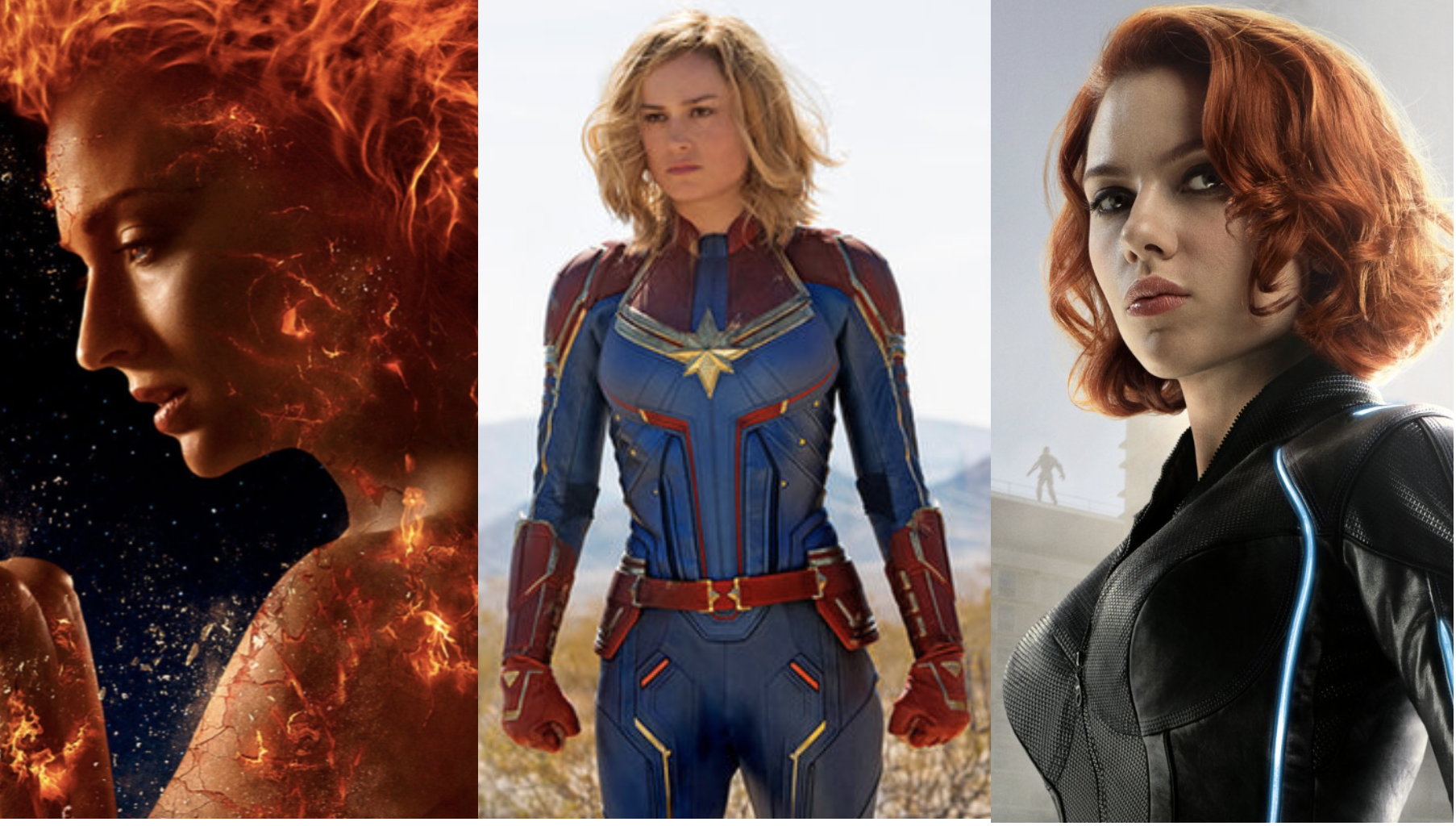 Those of us who frequent comic-book conventions have known for some time that it ain’t just a guy’s thing anymore. Nope. The girls are here and they’re taking names. Female characters in traditionally “fanboy” films have exploded in recent years, and the slate of upcoming characters in films and on TV is only increasing. The fact that Sony is planning a Spider-Women film, featuring three separate female iterations of Spider-Man is proof of this point.

From Deadline: “More than a dozen female superhero film projects are in the pipeline from Sony, Fox, Disney’s Marvel Studios and Warner Bros. The wave of female heroes extends to television and Hollywood’s new high-profile streaming site launches as well. On December 9, Orange is the New Black actress Ruby Rose will introduce the character Batwoman on the CW series The Flash with an eye toward a stand-alone series of her own… In January, filming begins on the Warner Bros film Birds of Prey (And the Fantabulous Emancipation of One Harley Quinn), which is planned as an R-rated vehicle for Margot Robbie to reprise the Harley Quinn role she introduced in Suicide Squad. Cathy Yan is directing. Mary Elizabeth Winstead co-stars as Huntress and Jurnee Smollett-Bell as Black Canary… In March, Marvel Studios will release Captain Marvel starring Brie Larson as “the most powerful character” in the studio’s cinematic universe, as Marvel Studios president Kevin Feige has described her. Next summer, Larson joins the action in the fourth Avengers film. Also joining the fray: Pepper Potts (portrayed by Oscar winner Gwyneth Paltrow), who was introduced as a civilian in Iron Man a decade ago but is now getting armor of her own.”

Most exciting for us is the fact that Marvel is preparing a Black Widow film featuring Scarlett Johansson. It’s interesting to note, however, that more than five dozen women were interviewed before Cate Shortland (Lore) was hired to direct. The film is aimed at a 2020 release.

So What Does This Mean?

Like we said before–girls are flexing some real influence in the box-office right now. And that’s not a bad thing….. BUT, can we just put this in perspective? All this “grrrrl” power aint’ a new thing even though Hollywood wants to pretend it is. It seems that when it comes to strong female characters, everyone has suddenly developed amnesia. For example, what about Riply in Alien, or Sarah Conner in the Terminator films, or Princess Leia Organa (God rest Carrie Fisher’s beloved soul). Or Linda Carter in Wonder Woman of the 70s, Captain Janeway on Star Trek, Seven of Nine, Scully on X-Files, Starbuck on Battlestar Galactica (a personal favorite)–or any of the super-strong characters on Battlestar. And don’t get me started on all the overwhelmingly triumphant women in the horror genre–the emergence of the “final girl” trope in slasher films isn’t just an accident. Jamie Lee Curtis? WE LOVE YOU! Can we please stop pretending that strong females are a new thing? Because they’re not–maybe it’s just that all the hysteria about them is new. In other words, is it true that for the past 50 years we’ve always had strong female characters, we just didn’t make a big deal about it? Maybe.

Now, don’t get me wrong–it’s encouraging to see all this representation by women in film and TV right now. But we have to be careful not to turn this into a gender stunt, for crying out loud. I mean, we all wanted a Black Widow film, but the fact that ONLY women were interviewed for the job of director (five dozen???) sounds almost like a stunt. Are we saying that ONLY women can direct a genre film with a female leading lady? It’s starting to sound that way. Joss Whedon, who has forever been a huge advocate for women’s rights and female representation onscreen recently “quit” the new Batgirl film that was taking shape at Warner Bros. Why? He publicly said it was because he couldn’t find the story…. but some have suggested that the real reason he “dropped out” (or was pushed out) was because it just wasn’t “politically acceptable” for a male to direct a female-fronted film. Shame. Joss would have done a spectacular job at that project. Should we then say that only male directors can direct a film if it has male leads? I think this is a dangerous (and stupid) road to go down. Let’s strive for parity, not narrow-mindedness.

Again, we’re all for equal representation–we just want to caution against turning this new female renaissance into the new battle of the sexes. We love all our characters. The “anti-female” reaction from some fanboys across the industry has been pretty distasteful. The attacks on the actresses in the most recent female-led Ghostbusters, or on Kelly Marie Tran in The Last Jedi, were absolutely abhorrent. For the record, you’re an idiot if you tried to exert some misogynistic, anti-woman campaign against actresses just because they’re women. Please grow up! But in the same spirit, can we please realize that turning all our male characters into females is just lazy writing (hello, Greatest American Hero). It is possible to have a grown-up conversation about the perceived emasculation of Poe in The Last Jedi without reverting to name-calling (did he actually do ANYTHING after the opening battle in the film?).

There’s a whole universe out there–let’s create some awesome new characters–both male and female–for everyone to enjoy. Let’s also appreciate and understand that the abundance of male characters we have is not an evil thing. It’s a good thing that we’ve been geeking out over them for quite some time. But let’s also celebrate that a whole new wave of female characters is exploding on the scene.

We’re geeks. We’re lovers of sci-fi, and we’ve been reading comic books for years that feature hundreds of female heroes. It’s pretty cool that the films and TV shows that are based on our comics are finally catching up. Let’s celebrate!