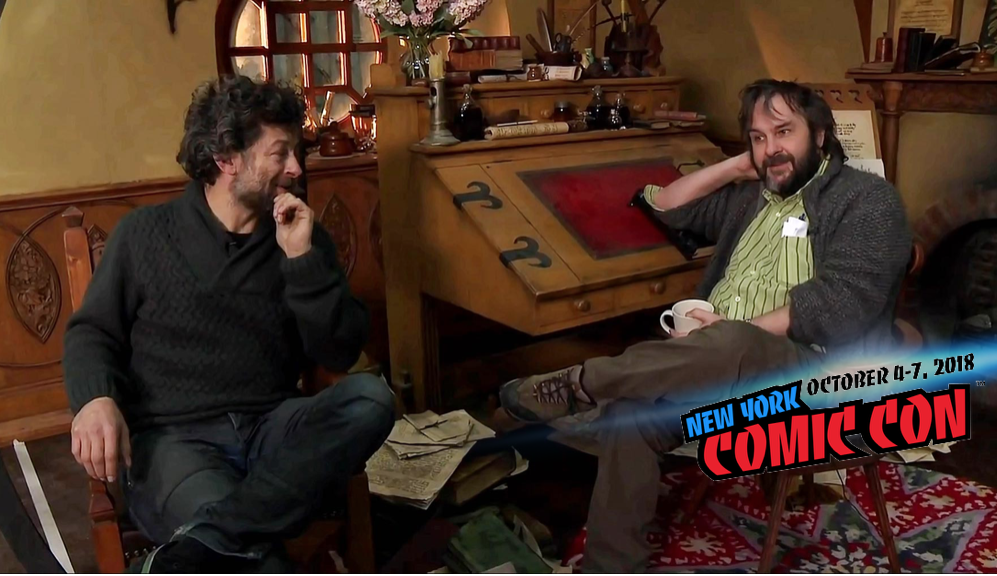 In a surprise, Peter Jackson and Andy Serkis have been announced to attend the Mortal Engines panel at New York Comic Con on Friday, October 5.

According to DEADLINE: “So it will be Serkis who interviews Jackson, Walsh, Boyens, Rivers, and the film’s stars, Hera Hilmar, Robert Sheehan, Stephen Lang, Leila George and Jihae. They will also unveil the first eight minutes of Mortal Engines, and provide the first detailed presentation of the realization of a world in which cities are mobile and gobble up resources of other cities.” Full Deadline article here.

Although New York Comic Con has grown by leaps and bounds in recent years, this is still a “big fish” announcement. Peter Jackson doesn’t make a lot of appearances like this. He’s shown up just a few times at San Diego Comic Con. Of course, this appearance comes just weeks before the December 14 debut of the film.

Here’s the trailer for the film: