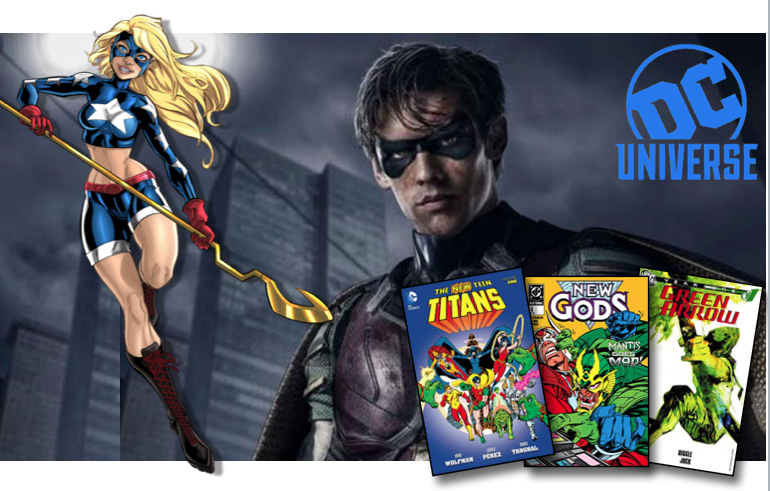 This past summer at San Diego Comic-Con, the new DC Universe streaming service hosted a multi-level offsite designed to bring attention to the soon-to-launch SVOD (Subscription Video On Demand) service. The offsite was just “meh” (that’s “just so-so” for those of you who don’t speak “Seinfeld”) and most people walked away without really knowing what was coming. And let’s be honest–does anyone really need another streaming service? Everywhere you look these days, someone else is launching a streaming service. In addition to Netlfix and Hulu, there’s CBS All-Access, the new FX streaming service, Comic-Con HQ (although it’s now part of an Amazon bundle and not-that-prominent), plus Disney’s soon-to-launch service, and the list goes on and on. We’ve been complaining about the escalating price of cable for years. Well, now that everything’s going online, we’ll soon be complaining about the escalating price of subscribing to multiple streaming services.

But the DC service actually sounds kinda cool, and it looks like it’s gonna have tons of cool stuff. Here’s their Youtube page, where you can find out all about subscribing:

Here’s what the Hollywood Reporter says about it:

“The $7.99 a month service will officially launch Sept. 15 (aka Batman Day) in the U.S. and will be a destination for new scripted originals (both live-action and animated), library content (both films and classic TV series), a curated selection of digital comics, a hub for breaking news in the DC Entertainment world and other fan-focused offerings.

The first scripted original to bow on DC Universe will be Titans, the drama that was announced back in April 2017 along with plans for the larger platform itself. Titans will debut Oct. 12, with episodes released weekly for 12 weeks. The series will have its world premiere Oct. 3 in conjunction with New York Comic-Con.” Full Hollywood Reporter article here.

That sound cool, yeah? For everyone heading to New York Comic Con, let us know what you think. But here’s a roundup of the programs that will be on DC Universe:

DC Daily | Hosted by Kevin Smith, the daily show will cover news about all things DC, including original series, comics and more. Fans can tune in as DC superfan Kevin Smith hosts The DC Universe Live Stream. This epic 90-minute event will answer your most burning questions, introduce the cast of DC Daily—the exclusive news show on DC Universe—as well as feature content reveals, product demonstrations, special guests, giveaways, and much more. Just click on the video above.

Titans | This live-action drama centers on Dick Grayson (aka Robin) as he steps out from Batman’s shadow to become Nightwing and lead a new band of heroes called The Titans. Hopefully the show will be a lot better than those sucky photos that were leaked (below). 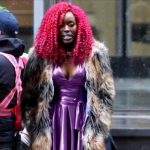 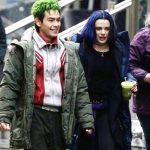 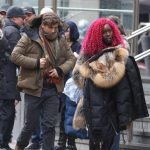 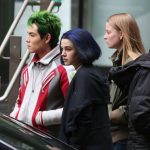 Doom Patrol | Coming in 2019, the live-action series is based on the DC Comics revolves around Robotman (Brendan Fraser), Negative Man (Alan Tudyk), Elasti-Woman (April Bowlby) and Crazy Jane (Diane Guerrero), who are led by modern-day mad scientists Dr. Niles Caulder and Cyborg (Joivan Wade). This will be a weird, fun show, probably with a Guardians of the Galaxy feel to it.

Swamp Thing  | Think Beauty and the Beast (the old TV series) but with a lot more slimy swamp goo…. it’s a love story where Abby Arcane returns to her childhood home of Houma, Louisiana, in order to investigate a deadly swamp-borne virus, but instead falls in love with…. something in the swamp. We’ve seen this character on the big and small screen before.

Young Justice: Outsiders  | The third season of the animated Young Justice franchise comes in 2019. First two seasons will be available on launch.

Metropolis | Planned as 13-episode season, this show will probably resemble the Batman-centric Gotham (sort of). Although the pitch sounds more like X-Files: Before the arrival of Superman, Lois Lane and Lex Luthor investigate the fringe science and bizarre secrets of Metropolis.

DC Universe will also stream a number of older series, such as Wonder Woman, the Batman animated series, Superfriends, Birds of Prey, Teen Titans (2003), Lois and Clark: The New Adventures of Superman, Constantine, Batman Beyond and the Justice League animated series. Others will likely arrive too.

The big complaint about San Diego Comic-Con and all the other not-to-be-called-Comic-Con fan conventions all over the country is that they don’t focus enough attention on comics. The thing that’s cool about DC Universe is that it doesn’t forget those comics. As a matter of fact, it will have a whole slew of digital comics available. They’ll include the first appearances of Batman, Superman and Wonder Woman. You’ll also be able to access Batman: Gothic, the Authority series, Green Arrow: Year One, Shazam, The New Teen Titans, Identity Crisis, The Batman Adventures, Jack Kirby’s New Gods and a whole lot more.