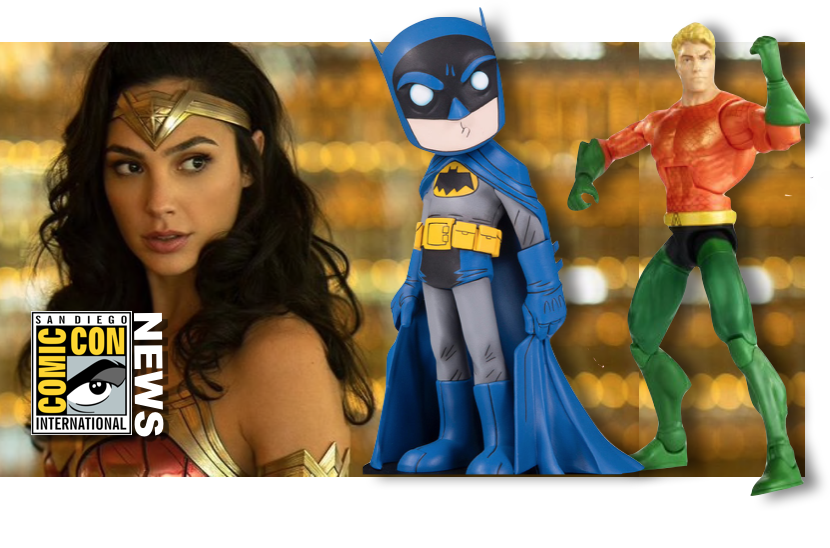 Here’s a roundup of some of the biggest San Diego Comic-Con news for the week.

Rev Your Engines! Mr. Mercedes Is Back For a Second Year at San Diego Comic-Con, PLUS a VR offsite

AT&T Audience Network series Mr. Mercedes is making a return appearance at San Diego Comic-Con with the cast and creators of Season 2 for the show’s panel. The Sonar Entertainment-produced series, based on the trilogy by Stephen King, also will give fans a glimpse into the past and peek into the future with the “Mr. Mercedes Immersive Experience.” It will include a virtual reality escape room game set inside Brady’s lair and an augmented reality adventure game in which fans can help Detective Bill Hodges crack the case. Full story at DEADLINE.

Plans are still being finalized and coordinated for the schedule of the Patty Jenkins-directed sequel Wonder Woman 1984, but we hear that not only will Gadot be showing up in Hall H for Warner Bros’ big DC presentation — she’ll be bringing a look at the Wonder Woman sequel with her. Full story at DEADLINE.

Castle Rock doesn’t premiere on Hulu until July 25, but San Diego Comic-Con attendees will get a lot more than a sneak peek at the psychological-horror drama. The entire opening episode of the J.J. Abrams-produced series based on Stephen King’s stories will be played for fans at the confab next month. Full story at DEADLINE.

Shane Black’s ‘The Predator’ Is Praying on San Diego Comic-Con… Will Other Fox Films Follow?

Shane Black’s reboot The Predator is definitely making its way to San Diego next month, however, whether the creature feature will be joined by other Fox friends, is the question…Last year, 20th Century Fox kept their Comic-Con session simple, relegated specifically to the cast of Kingsman: The Golden Circle and a few clips…there’s the X-Men product which moved off the 2018 schedule, i.e. Dark Phoenix (Feb. 15) which dropped a teaser at CineEurope, and the much delayed The New Mutants, due Aug. 2. Full story at DEADLINE.

San Diego Comic-Con is less than a month away, but the DC Collectibles team is ready to reassure everyone that everything is going to be fine. How can they be so sure? Simple: They’re bringing not just one, not just two, but three Batmen to the show, in the form of exclusive vinyl figures designed by illustrator Chris Uminga. Full story at Hollywood Reporter.

Mattel Comic-Con Exclusives From DC, Based on Classic ‘Action Comics No. 1’ and ‘Aquaman No. 35’

SDCC overshadows most everything with its limited run items from the likes of Hasbro, DC Collectibles, Mattel, and more. It’s been a busy week for toy companies vying for your Comic-Con dollars, with companies steadily releasing a stream of new toys that are sure to draw long lines just about every day of the show. Full story at Syfy.com.

The biggest event in nerddom will quickly be upon us, and it makes sense that questions about San Diego Comic-Con 2018 would be big, loud, and probably dressed up as a superhero. You probably know that celebrity panels, production news, and exclusive screenings are the bread-and-butter of the event, but everyone needs a hand with logistics. So we’re here to help answer some basics about the largest geeky convention of entertainment before things get too frantic. Full story at Syfy.com.

And just for fun: