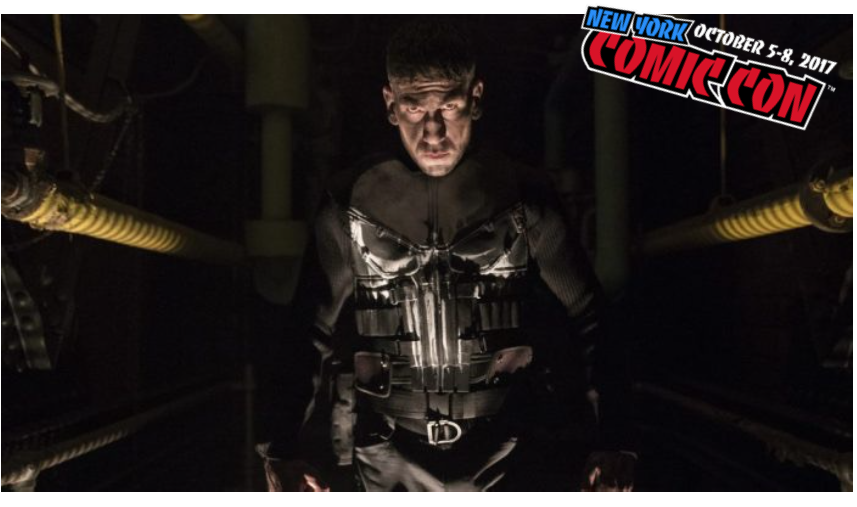 Marvel didn’t have the best week at New York Comic Con. Two of their biggest events didn’t happen. One was understandable in the wake of recent tragedies, the second seemed, on its face, as cow-towing to the usual outrage crowd. Yeah, we’re probably stepping in this one, and the outrage crowd will come banging down our door. That’s fine.

First, THE PUNISHER…. The Netflix/Marvel TV show depicts a very angry and very angry Punisher exacting vengeance on those he doesn’t like. Jon Bernthal delivered an awesome punisher last year on Daredevil, but the new series promised even more extreme violence, most of wrought from the barrel of a gun. After the recent mass shooting in Vegas, both Marvel and Netflix decided to cancel the planned Punisher panel at New York Comic Con, instead replacing it with a Stan Lee-centric panel. After all, Stan Lee is as peaceful as they come!

Here’s the joint statement from Netflix and Marvel:

“We are stunned and saddened by this week’s senseless act in Las Vegas. After careful consideration, Netflix and Marvel have decided it wouldn’t be appropriate for Marvel’s The Punisher to participate in New York Comic Con. Our thoughts continue to be with the victims and those affected by this tragedy.”

“A spin-off from season 2 of “Daredevil,” “The Punisher” tells the story of Frank Castle, a combat veteran whose family is killed in a organized-crime shootout. Castle uses his military skills to kill the criminals responsible for his family’s death. The series is based on the Marvel Comics character, whose adventures are known to feature an intense amount of gun violence. Marvel and Netflix have not responded to a question about when the show, which had been rumored to debut Oct. 7, will premiere.”

Although we are excited about the premier of Punisher, we completely understand this decision. Our prayers are with the victims and their families from this Vegas tragedy. After watching the super-violent trailer above, perhaps it’s best to put

The second thing that ruined Marvel’s week was the silly and ridiculous protests that erupted (online, of course) when Marvel announced a partnership with Northrup Grumman with the expressed purpose to increase interest in S.T.E.M. subjects (Science, Technology, Engineering, Math).

“Yesterday, Marvel Comics revealed it had teamed with Northrop Grumman to create a custom comic book series, an announcement that was swiftly met with negative reaction from fans and professionals alike. In the wake of the controversy, the publisher canceled its planned New York Comic Con event promoting the series, and issued the following statement:

The activation with Northrop Grumman at New York Comic Con was meant to focus on aerospace technology and exploration in a positive way, However, as the spirit of that intent has not come across, we will not be proceeding with this partnership including this weekend’s event programming. Marvel and Northrop Grumman continue to be committed to elevating, and introducing, STEM to a broad audience.”

Marvel really did get a tongue-lashing from the “professionally offended” crowd over this one…. Listen, we get it — Northrop Grumman makes bombs and bomb-type things. Those things kill people… but that doesn’t make them an evil company, for crying out loud. We like to think that Northrop Grumman bombs kill terrorists, for the most part. I, for one, think that’s a VERY GOOD thing… I mean, the company has been around for decades without so much as a passing interest from the comic book crowd, but now–all of a sudden–when Marvel wants to accept some money from them to promote a good cause–EDUCATION IN SCIENCES–for some reason, people lose their mind! 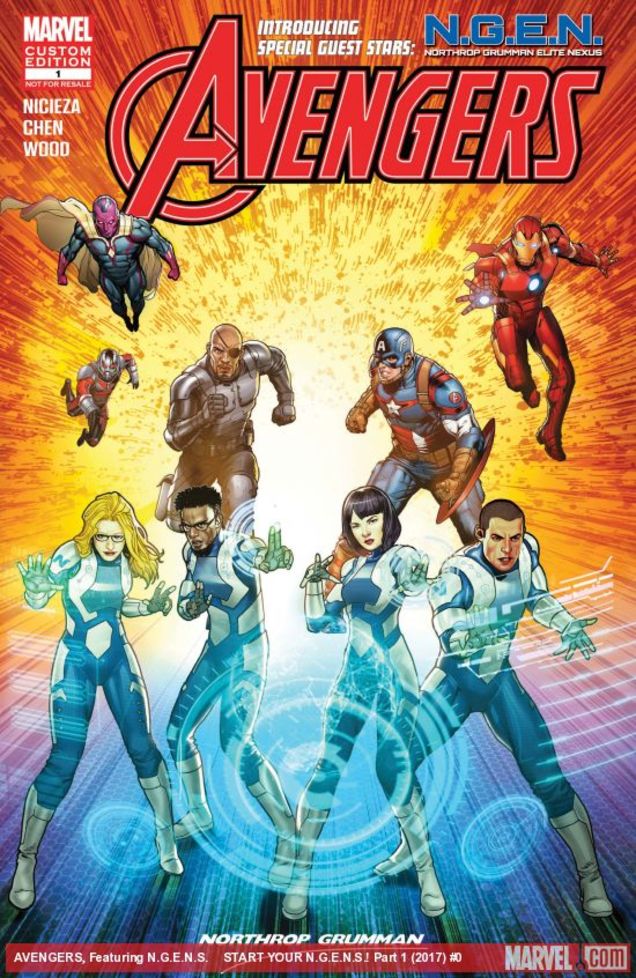 As one online commenter said: “Stupid move by Marvel. This could have been very cool to see comics and real life converge for a good cause. The outrage culture is again making us all worse off.”

FORTUNE magazine, however, had this to say: “Critics, however, were swift and brutal in pointing out that Marvel’s corporate identity largely hinges on painting manufacturers like Northrop as war profiteers and villains. In the 2008 film Iron Man, industrialist and superhero Tony Stark resolves to stop manufacturing weapons of war after seeing their destructive power in action.”

They go on to point out: “In their partnership with Grumman, however, Marvel would have portrayed munitions manufacturers as heroes. As reported by Polygon, Marvel was preparing to launch a multi-part comic teaming the Avengers with a new team of heroes known as N.G.E.N., for “Northrop Grumman Elite Nexus.” The team was to be equipped with super-powered, presumably fictional suits billed as Grumman products. A preview issue of the comic was posted online on October 4.”

Regardless, Marvel has dropped the partnership. Sigh.

This event has been canceled.