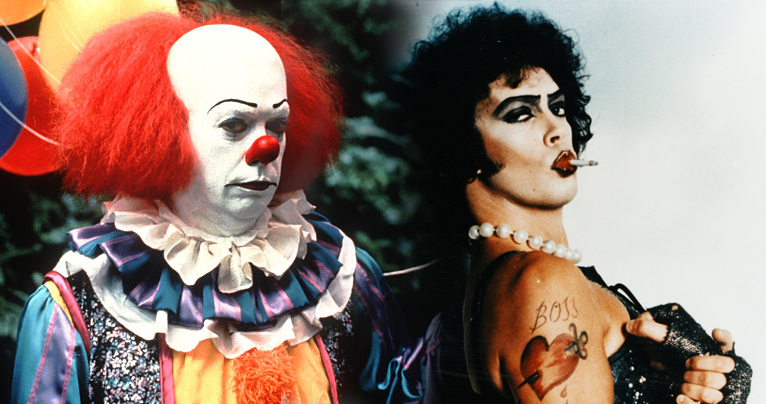 Now, let’s talk about the original Pennywise. It seems almost like serendipity that Tim Curry played the comical/terrifying villainous clown, because he did basically the same thing in another comical/horror film that seems to live in the same universe — The Rocky Horror Picture Show. Yup, you heard me right…. I’m comparing the original IT to The Rocky Horror Picture Show. Both of them are almost lampoons of horror films (although unintentionally for IT). Both have dismally poor special effects. Both have a singing, dancing Tim Curry. And both have dialogue that begs for mockery…. although, to be fair, the acting in Rocky Horror was actually pretty darn good…. Maybe Susan Sarandon could have saved IT (dammit, Janet!).

Am I being too hard on IT? Maybe…. but for crying out loud, that final bicycle scene with Richard Thomas is one for the record books…. it’s zany and ridiculously bad, all the more so because it fancies itself a dramatic and heartfelt ending. Tim Curry, yes…. the rest of the film, no, no, no, no. Let’s do the time warp agaaaaaain!

Tim Curry’s Frank N Furter is timeless and beloved not because he’s scary, but because he knows just how ridiculous he is…. I say the time has come to do the same for Tim Curry’s Pennywise…. instead of dumb-asses like me complaining about how dated and cheezy the original IT is, why not embrace it and turn it into a late-night cheese-fest, like Rocky Horror, or more more recently, The Room. [Ha! If you have yet to see Tommy Wiseau’s wonderfully horrible film, then you haven’t lived yet]

Here, in all his ridiculousness, is Tim Curry’s Dr. Frank N Furter.

And here is the best of Tim Curry’s Pennywise!

We’ve put together Tim Curry’s best lines from both films. As you can see, Pennywise would have felt right at home in Dr. Frank N Furter’s mansion… and vice versa…. Tim Curry created two memorable characters who BOTH deserve midnight movie screenings! 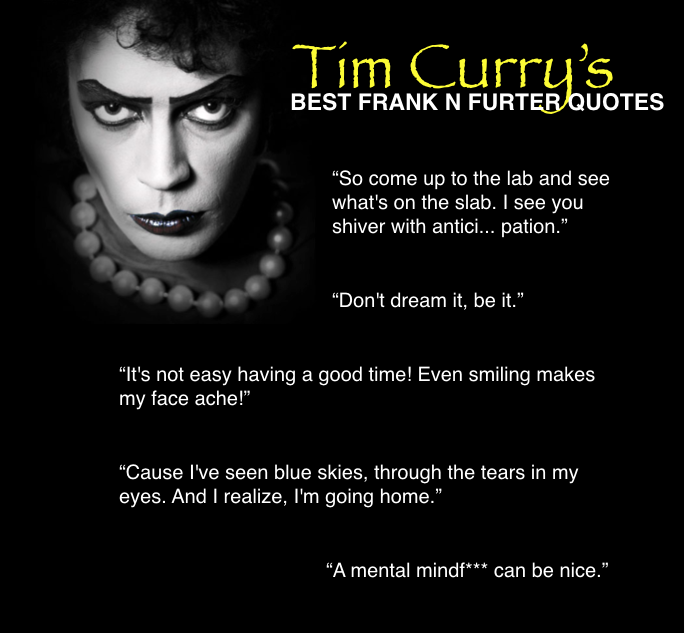 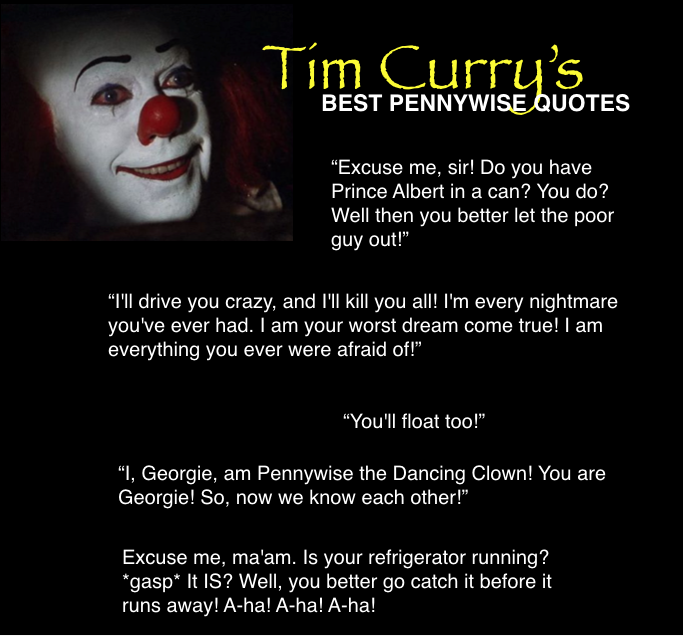 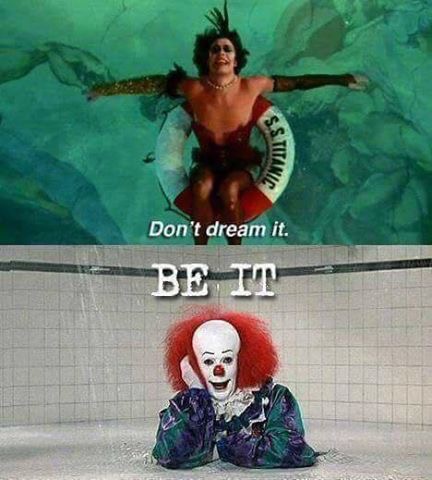 If you get a chance, check out this week’s THE SCARE GUY show where we discuss all things IT, with interviews from red carpet (black carpet), our reviews of the film, plus more! You’ll enjoy it, we promise!