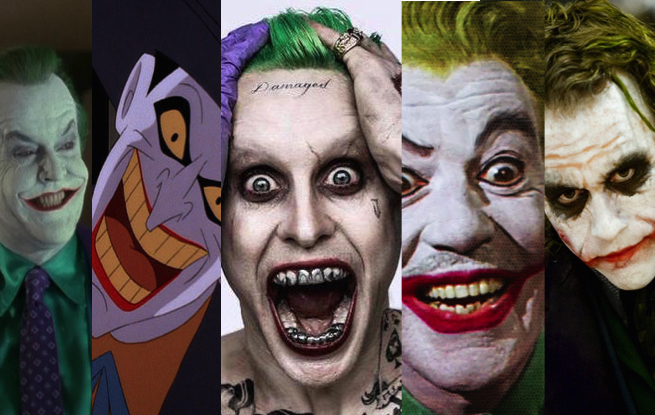 News broke today that Warner Bros and DC are developing a Joker solo film. It will be the origin story and fashioned after an early-80s hard-boiled detective-type film. Hmm.

Here’s a bit from DEADLINE:

“I’m told that the intention is to make an origin story that isn’t part of any other iteration. The Joker has memorably been part of two Batman movies in the form of Jack Nicholson and Heath Ledger, and was most recently played by Jared Leto in the first Suicide Squad film. He will reprise in the Suicide Squad sequel and the Harley Quinn spinoff, but this new film will launch the character with a different actor, possibly younger.

An intriguing part is the setting. The intention is to make a gritty and grounded hard-boiled crime film set in early-’80s Gotham City that isn’t meant to feel like a DC movie as much as one of Scorsese’s films from that era, like Taxi Driver, Raging Bull or The King Of Comedy. I’m told that Phillips and Silver are writing already, but there is nothing firm on where this will fit into the DC schedule.”

Might be cool, but we’re not completely sold on this yet. Would it be weird — or empty feeling — to have a Joker origin movie separate from Batman? I guess GOTHAM is experimenting with a young Lt. Gordon and his early years without Batman (for the most part). And I may start watching again, but it hasn’t completely landed with me.

But here’s what HAS sparked my interest…. it’s from TODD PHILLIPS, the director/writer behind the mega-blockbuster HANGOVER FILMS! Now thaaaaaaaaat’s interesting…(if it holds).

Here’s what THE HOLLYWOOD REPORTER says:

“This is no laughing matter: Warners has tapped The Hangoverfilmmaker Todd Phillips to co-write and possibly direct an origin movie of classic Batman villain The Joker.

Phillips will co-write the script with Scott Silver, the writer of the Eminem movie 8 Mile as well as The Fighter, The Hollywood Reporterhas confirmed.”

It’s also interesting to note that this particular Joker will not be set in any of the existing universes… in other words, it will be a completely new actor–probably much younger–to play this one.

Regardless, we’ll see if this pans out to be a good move, or… as the Joker would say… a fast one pulled on the unsuspecting citizens of DC Fandom. We’re hoping for the best.