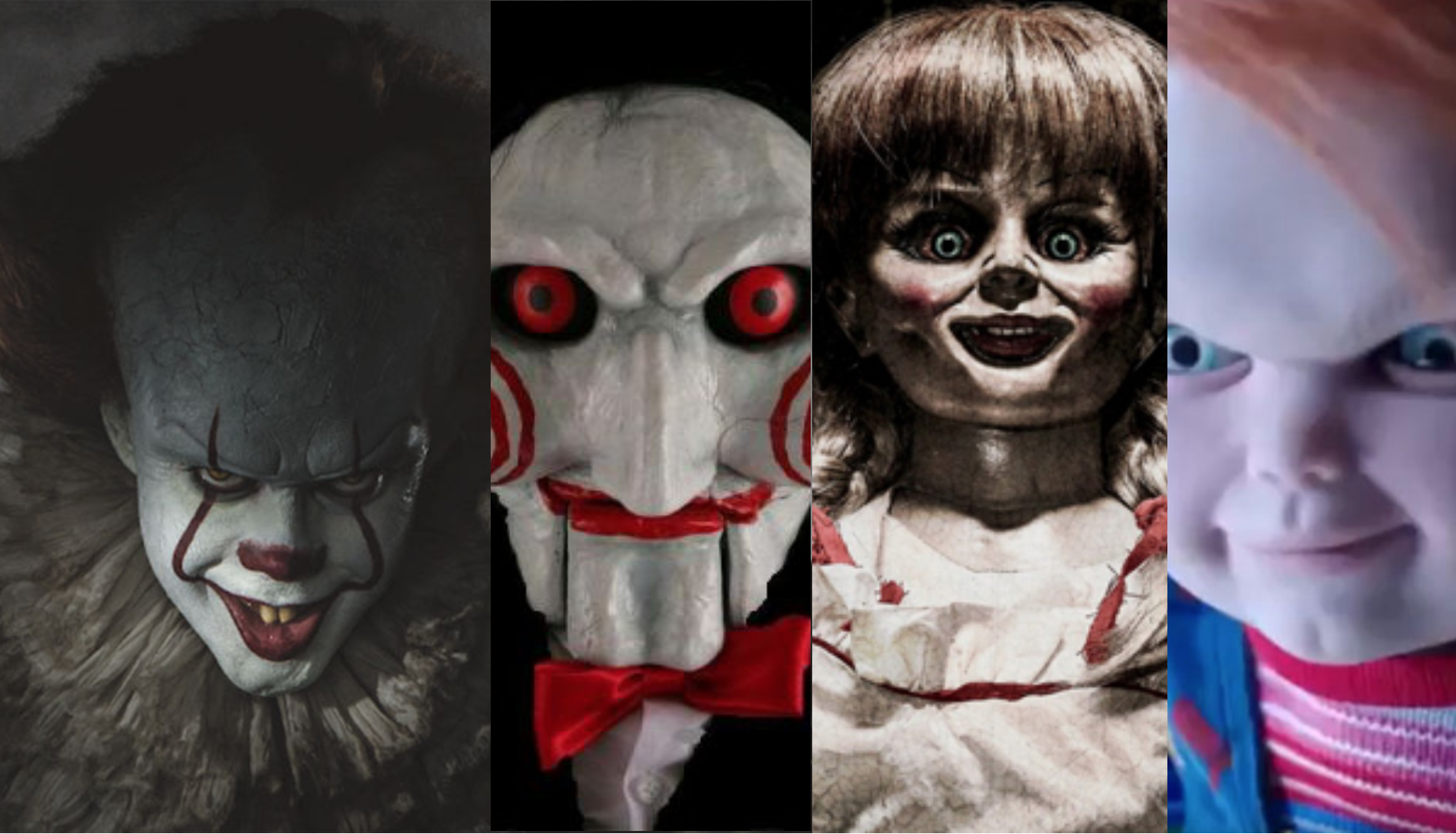 Hey, Scare Freaks, the Halloween 2017 season is here! Which means the next three months are jam-packed with the best horror films from the major Hollywood studios. If you’re anything like us, this is your favorite time of year. We invite you to watch our new show THE SCARE GUY, below, where we preview all the new horror films coming out before Halloween. Enjoy!

Here are the film trailers for the biggest horror films through Halloween…and our KILLER RATINGS of which ones we’re most excited about seeing. Here’s how our ratings work, on a scale of 1 to 5, with 1 being “painful,” (in other words, we’re not very interested in seeing it), and 5 being “killer,” which is the top mark.

Set in the 1980s, an estranged family hires a cult deprogrammer to take back their teenage son from a murderous cult, but find themselves under siege when the cultists surround their cabin, demanding the boy back.

Based on the classic Stephen King novel. In Derry, Maine, seven friends come face-to-face with a shape shifter, who takes the form of an evil clown who targets children.

Several years after the tragic death of their little girl, a dollmaker and his wife welcome a nun and several girls from a shuttered orphanage into their home, soon becoming the target of the dollmaker’s possessed creation, Annabelle.

A college student relives the day of her murder with both its unexceptional details and terrifying end until she discovers her killer’s identity.

Light Turner, a bright student, stumbles across a mystical notebook that has the power to kill any person whose name he writes in it. Light decides to launch a secret crusade to rid the streets of criminals. Soon, the student-turned-vigilante finds himself pursued by a famous detective known only by the alias L.

Chucky returns to terrorize his human victim, Nica. Meanwhile, the killer doll has some scores to settle with his old enemies, with the help of his former wife.

Prequel about teenage Leatherface who escapes from a mental hospital with three other inmates, kidnaps a young nurse and takes her on a road trip from hell. Along the way, they are pursued by an equally deranged lawman out for revenge, one of these teens is destined for tragedy and horrors that will destroy his mind, molding him into the monster we now call Leatherface.

Bodies are turning up around the city, each having met a uniquely gruesome demise. As the investigation proceeds, evidence points to one man: John Kramer. But how can this be? The man known as Jigsaw has been dead for over a decade.

Okay, okay, this isn’t a horror flick, but it still has fun with Halloween and all our favorite horror-movie tropes. Not sure I’ll be busting down the door to get to this one, but it’ll make a great Netflix night. Madea, Bam, and Hattie venture to a haunted campground and the group must literally run for their lives when monsters, goblins, and the boogeyman are unleashed.