SEPT. 24, 2015, UPDATE: In case you missed it, tonight was Jamie Lee Curtis’ debut on network television in Fox’s SCREAM QUEENS! Was it worth the wait? Oh, yes…especially if you like campy horror and ridiculously over-the-top characters. And to refresh your memory, check out our article (below) about Jamie Lee’s F-bomb filled tirade (all in good fun!) at the premier of Scream Queens at San Diego Comic Con…she had the whole cast with her. The night was killer!

It’s hard to believe, but Jamie Lee Curtis had never been to Comic-Con before this year. Nuts. With all the fanboy-favorite fare she’s top-lined, it’s almost sinister we’ve never seen her. But she fixed that this year.

Jamie Lee Curtis RULES the slasher world, and she reminded us all at the premier of her new series Scream Queens at the San Diego Comic Con during a rowdy, screaming late-night screening. She stormed the room with the entire cast, dropping F-bombs and hearty “who-ha’s” like a dirty, drunk sailor….WE LOVED EVERY MINUTE OF IT!

“You are the chosen people,” she screamed into the mic. “From you, from your mouths and your fingers on those phones, you are going to get to spread the first words about this insanely wonderful show. It is thrilling for all of us to be here with you tonight to introduce it.” 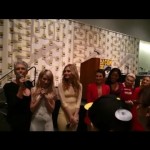 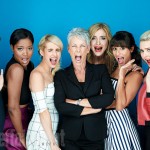 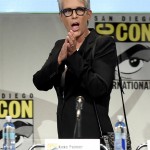 speaks onstage at the “American Horror Story” and “Scream Queens” panel during Comic-Con International 2015 at the San Diego Convention Center on July 12, 2015 in San Diego, California. 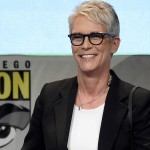 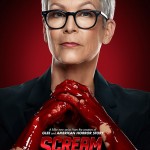 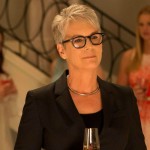 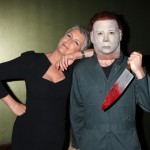 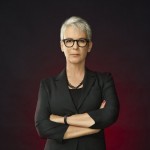 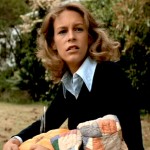 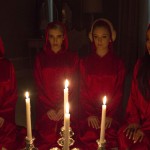 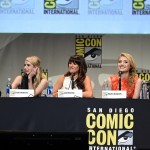 Ryan Murphy’s, creator of American Horror Story, gives us his latest excursion into over-the-top violence and death. [SPOILER ALERT. SPOILER ALERT] Our favorite scene from the pilot: the ridiculous killing where the coed couldn’t scream or call for help because she was too addicted to texting and social media. She texted her screams. And the crowd went wild. Check it out this September, but see Jamie Lee’s vulgar (but hilarious) performance below.

Check out our video here.

Jamie Lee Curtis and Scream Queens stories from around the web:

One thought on “CONGRATS TO JAMIE LEE CURTIS: QUEEN OF THE SCREAM QUEENS, GREAT PREMIER ON FOX!”